NComputing in the Third World – Why we need other alternatives 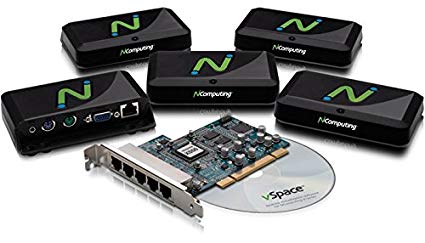 At the start of 2012, all schools in Uganda had to implement a government directive to teach ICT as a compulsory subject at A’ Level. Many schools in Uganda didn’t have computers while those that had fell short of the large numbers of students in the class.

The obvious solution for the schools was to procure more computers to match the large numbers of students that were to offer ICT as an option to fulfill the government’s directive – this was an expensive project to undertake, especially at short notice.

Those behind the project must have sat down and figured out how best they would lower the acquisition costs assuming Uganda had around 3,000 centers. This is how the option of Ncomputing came in.

NComputing has a really enticing explanation of why you should choose them. According to the NComputing website, “Servers and thin clients cost less to acquire than an army of PCs. Thin clients use less energy, generate a fraction of a PCs fan noise and heat, and greatly reduce the need for hands-on support. Even use existing PCs past their expiration dates via software clients.” A Ganda saying goes, “Bwova kw’ono, odda ku wa ngatto.” – a strong statement to show you that no other option beats this.

But as a technician who has interacted with users of NComputing since 2012, the story is far from rosy. Around 2012, Schools labs in Uganda were furnished with NComputing technology i.e. X550 and U170 to be precise.

First, technical support was not readily available. The official NComputing agents in Uganda (Intelligent Solutions Ltd.) provided support but at exorbitant rates – in dollars to be precise.

Secondly and more annoyingly, NComputing is governed by product life cycles, a policy that seems not to suit the third world. It is even more annoying that this policy is not clearly displayed in or anywhere near the packaging.

When it comes to their vspace software, the inconvenience is even worse. First, you have to register over the internet every time you re-install. This means, much as you paid for the product, it literally isn’t yours. You can only use it when NComputing allows you to.

And that’s not all, the number of times you are allowed to register 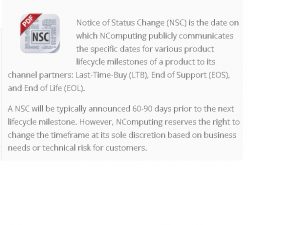 your gadgets is also limited. But there is some worse news – the software also has an end of life policy and it won’t work beyond specific dates. In fact, at a certain point, registering the software beyond a certain date requires you to incur a cost of 49 USD per server.

What this means is that if you bought their X550 gadget  on the last date (June 30th 2017) you may use it for only up to June 30th 2020 – an ashaming 3 years. Convincing the head of an institution that equipment procured a mere 3 years ago can no longer be used is every Lab Technician’s nightmare.

It is also worth noting that, given the extent of usage, and technical risks in a typical lab environment in a Ugandan school, a perfect lab condition will be maintained if you re-install the Operating System every term especially towards the UNEB examinations.

The terms of use of NComputing technology therefore don’t favour its deployment in third world countries since the rate of replacement is not practical for budget constrained institutions. The Government of Uganda, in order to maintain its initiative will have to purchase newer models of NComputing which will also have the same terms and conditions – something I don’t see the government doing.

What you may not even know is that their relatively newer version the M300 will be of no use by the time you choose to switch to it – it will most probably have come to its End of Life cycle. The newer MX series have a ‘toyish’ feel making it less appealing than the previous versions. But still then, of what use will it be to an institution if it will work for a few years before being discarded by the manufacturer.

In fact, of recent, the government has resorted to providing stand alone computers in some school labs – I think after someone took them through the burden of deploying NComputing.

What can NComputing do?
It is a fact that NComputing reserves the right to everything they manufacture and their preferred business model – yes. But I also believe they have the responsibility to create options for the third world economies. Someone should tell NComputing that in Africa, when you buy something, it becomes yours and no one should tell you when to stop using it. 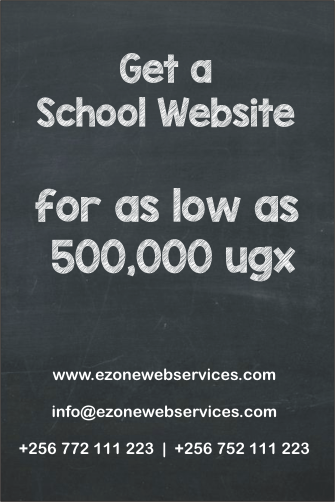